AWARENESS CAMPAIGNS, EXPLODING SCIENCE SHOWS AND AWARD-WINNING JOURNALISM, ALL IN THE CAUSE OF SUSTAINABILITY...

During the past thirty years, Green Spark's team members have been privileged to work on all sorts of inspiring, cutting edge, challenging, fun, serious and generally uplifting projects helping to make our society greener and fairer. Most of all, we’ve loved the people we’ve worked with: passionate communities, far-sighted entrepreneurs, laterally-thinking business people, leading NGOs, talented journalists and green-minded politicians. These inspirational people remind us that there is hope for the planet and, in turn, this fires the PR work we do for them.

OUR ROLE CALL OF CLIENTS INCLUDES: 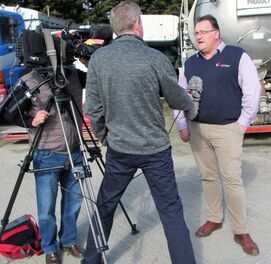 Preventing a PR disaster for solar...
Mypower is a solar energy company helping companies benefit from this renewable form of energy.  Commercial-scale solar is two-thirds cheaper than 'conventional' energy from the National Grid, even without payments from the Government's feed-in tariff scheme (FiTS).

When the Government's deadline for ending the FiTS loomed, the renewable energy sector were dismayed and protested this would kill demand for clean energy. Mypower wanted to promote commercial-scale solar's significant advantages - both financial and environmental - to balance the debate which was focusing upon domestic energy.  Green Spark's PR campaign achieved extensive regional coverage within the company's geographical area of work, including regional evening TV news, radio, newspapers, leading business and trade press, along with accompanying promotional literature. Mypower has had a full order book ever since. 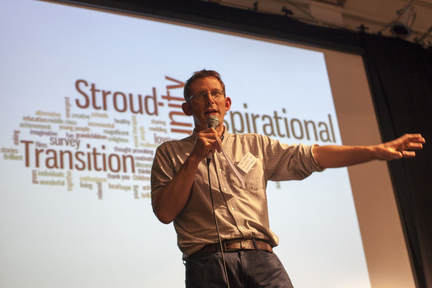 Rob Hopkins in inspirational mood
Planning the future...
An evening’s celebration with Rob Hopkins, co-founder of the global Transition movement and leading environmentalist, as keynote speaker was the culmination of four months of work with volunteer-led organisation, Transition Stroud.

Our work increased regular financial donations from members by 100%.  We worked with the directors and members to review the organisation's past and present achievements and channlled this work into creating a new marketing strategy.  The ‘Transition Stroud: 10 years and beyond’ event we organised as part of this review enabled deeper relations to be forged with supporters, inspiring them with past achievements and harnessing their revived enthusiasm to plan the organisation’s next 10 years. 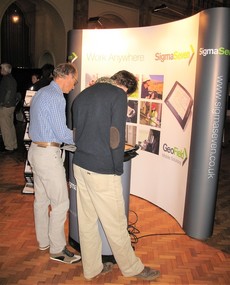 Delegates discovering the latest in tracking and monitoring technology
​Email marketing for an international conference...
​When training and research company, ERT Conservation, organised the world’s first spatial ecology and conservation conference at the University of Birmingham, it decided a trade fair was needed to help the 250+ delegates source the most up-to-date technology and equipment necessary for their work.

​Our effective PR approach of no-waffle cold calling and a carefully crafted email marketing campaign led to a successful trade fair which we were asked to repeat the following year. Ecologists from more than 20 countries around the world were able to discover the latest state-of-the-art software and equipment to help them discover and monitor wildlife populations more effectively. The money paid by exhibitors to attend the trade fair funded the travelling costs of conference delegates from poorer countries. 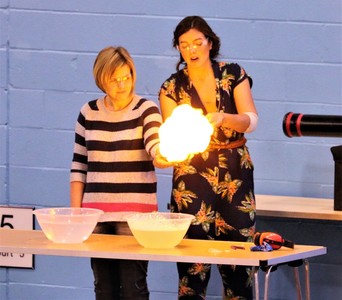 Fran Scott (right), resident scientist on BBC's children's channel, CBBC, involves an audience member in lively experiments!
Adding fun to a festival...
The Festomane Festival of Manufacturing and Engineering had the modest (?!) ambition of reversing the public's impression that 'manufacturing is oily, smelly and dirty'. The aim was to give young people a taste of the exciting career choices on offer. It was organised by a partnership of companies (both international and local), tertiary educational establishments, professional bodies and the local MP.

Our fresh approach to its PR and publicity re-vamped the  day-long public expo and included celebrity scientists performing their entertaining shows - with explosions, of course! Along with exhibitors offering plenty of hands-on experiments and showcasing the latest innovations such as waterless cleaning and poo-powered vehicles (yes, really).

​Extensive media coverage and distribution of publicity material through civic networks saw visitor numbers increase six-fold. “It was better than going to the Science Museum” one satisfied mum told us. A newspaper editor commented ​"Thanks for doing such a good job with the PR, it’s been great for us". 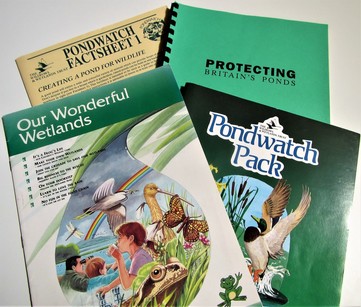 Some of the many Pondwatch tools used to publicise the plight of ponds in the UK
Alerting a nation...
​Ponds are oases of wildlife within the denuded British countryside. So when research revealed that nearly 75% of wildlife ponds in the countryside had disappeared or become seriously degraded, The Wildfowl & Wetlands Trust set out to alert the country. The Pondwatch campaign used a mix of PR, publicity and educational materials to inspire people to care for existing ponds, create new ones and to discover the wonders of pond wildlife. Prof Chris Baines, who created the modern wildlife gardening movement, was the figurehead with Richard Branson launching the overall campaign.

The campaign ran two threads simultaneously: one national and one local. A national pond survey, an annual nationwide competition to find the best ponds for wildlife, a Pond Festival plus the UK’s first conference dedicated to pond conservation, opened by the then Environment Minister, stimulated much interest from national media, such as breakfast TV, BBC Radio 2, the 'Today' programme on BBC Radio 4, and national newspapers e.g. The Times, The Guardian, Daily Mail and The Daily Telegraph. There was also extensive coverage in regional media.

The campaign was brought to local communities via The Trust’s network of 8 visitor centres where many fun, family-orientated events were held so children and adults could see pond wildlife up-close and learn how to care for, and protect, wildlife ponds.

All this work resulted in a database of 53,000 people who took a pledge to protect our ponds and their wildlife.

​Strategies for success...
Although the founder and director of eco-cleaning company, Wendy Goes Green, can eloquently promote her company verbally, translating this passion into words and publicity was proving more tricky.  We helped her to clarify what key messages about the company she really wanted people to understand. Together, we created the framework within which to build the in-depth story and PR strategy which would persuade people to hire its services. 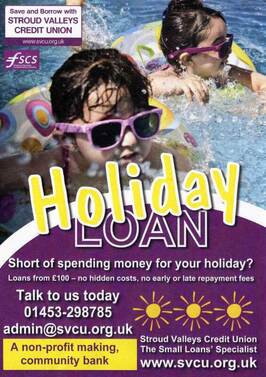 Using PR to meet commercial targets...
A thriving local economy is a cornerstone to a sustainable society and credit unions play an important part in building such foundations. They also seem to be a well-kept secret and Stroud Valleys Credit Union's volume of customers wasn't matching its capacity for providing financial support. Hence the PR brief was to double the volume of loans given out.

We harnessed current affairs, domestic events, and the company's 20th birthday to generate a string of press stories generating plenty of media coverage as well as content for the credit union's social media platforms. A new suite of professional yet friendly marketing materials was designed to re-inforce the message that the credit union is an ethical and safe alternative to the normal high street financial institutions. Within the first few months of this work, the number of news members had increased each month by 100% and the number of applications for loans had increased by 300%. 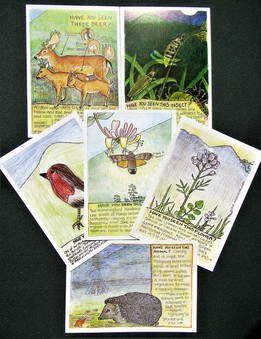 Wildlife postcards distributed monthly at the local supermarket let everyone get involved in recording Cam's wildlife
Building partnerships for action...
Faced with increasing development pressures on the parish, Cam Parish Council was concerned important wildlife sites would be destroyed simply because no-one knew they were there.  They wanted help to protect them and to create a thriving rural environment. The task of the awareness-raising campaign was to mobilise residents to discover the wildlife that existed in the parish to provide the information the council needed, and inspire residents to learn about it and take stewardship of it.

Partnership-building brought together all sorts of groups - neighbourhood associations, churches, schools, specialist interest groups, business groups, farmers and civic networks as well as residents. Techniques used to inspire involvement were many and varied: community theatre companies and artists,  community consultation at the supermarket and parish events, an attitudinal survey focusing on use of greenspaces, the Cam Domesday Book of Wildlife, illustrated wildlife postcards distributed through the local supermarket, fun family days, talks and walks, a parish map, and lots more.

The result was the discovery of an overlooked rare wildlife habitat, restoration of an 150-year old orchard, thriving hedgerows, nature areas in school grounds, farmers dedicating land for wildlife, special footpath routes, and many garden ponds bursting with life. All this generated continuous media coverage, topped off with Cam FM - a community radio station run by a group of enthusiastic residents with training and support provided by ourselves.
Why not talk to us?  Contact us to arrange a free, 30-minute clarity call to explore the potential of your stories and see if we can help you. Simply book a time to talk to our Creative Director, Caroline Aistrop, at: https://calendly.com/greensparkmarketing/discovery-call-appointment